A SERIES OF MIRACLES! 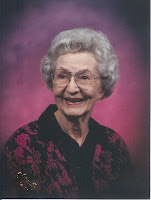 Yesterday, when I went to visit my mother it was evident that she was very sick. After consulting with the doctor at the retirement center where she lives, it was determined that she was dehydrated, kidneys were not functioning, and potassium level was dangerously high--hospital time! The Summit called an ambulance and I went outside to see her loaded up. Standing there by my car was a good friend whose father also lives at the Summit. He put an arm around my shoulders and stayed there with me while Mother was loaded. His eyes filled with tears because he has had his share of watching the same scene with his dad over the last few years. I needed his strength and strong arm at that moment.

I arrived at the hospital ER and in walked my nephew, my brother's son. He stayed with me all the time Mother was processed into the hospital, saw that I got something to drink and ordered something for us to eat. His support and calmness was invaluable during the 3-4 hours we sat in the ER.

While we were in the ER a doctor walked up and I recognized him as the doctor who treated Mother the last time she was in the hospital--two years ago. He said he thought he recognized us and then left. About half an hour later he came back and said "July, 2007!" That was the last time he treated Mother and he said he had reviewed her case, entered all her data and ordered her treatment. He said she was serious but he thought she would be okay. He said he would see me in the morning and left. After he had gone the nurse said that it was strange to see him in the ER--especially that late in the evening. I like to think that he was just another one of the sweet "guardian angels" who showed up to take care of us on a difficult day.

Today Mother is much improved and may possibly be released from the hospital either tomorrow or Friday. The doctor said he would like to get her back to the Summit before the weekend. Tonight I put her back in her guardian angels' care and pray that she will indeed go "home" before the weekend. Thanks to all who have been praying for her!
Posted by Pat's Place at Wednesday, September 23, 2009